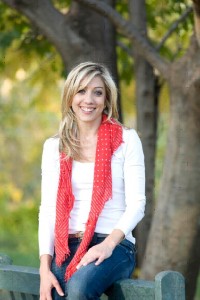 Gabrielle is 38 and works in the mobile health sector (MHealth) in Johannesburg. She was first diagnosed at the age of three. She had experienced recurrent middle ear infection (otitis media) from the age of 15 months and had her first of twenty six operations at 18 months. This was for the removal of adenoids, tonsils and the insertion of her first of fourteen sets of grommets. All subsequent operations have been fairly minor procedures but all involving a general anaesthetic. She was started on three grams monthly of Polygam by an intravenous drip in 1989. She now receives a subcutaneous product and administers this once a week at home. Gabrielle leads a full and normal life; she is a graduate from the University of Cape Town with a post-graduate diploma in marketing and manages her situation without prejudice to her work. She has also done two triathlons and encourages people to find their own goals in a project called My Possible.

Help for us really started with the Internet in 1995. We corresponded with the PiA, IPOPI and also the SCID list (Barb Ballard) in America. We were put into contact with the NIH and clinical immunologists in the UK and Italy. Gabrielle went to the US in 2000 to be part of the Hyper IgM research at the NIH in Bethesda. She is dependent on immunoglobulins which means she is dependent on the generous people who give blood. According to the World Health Organisation, Gabrielle is classed as ‘ medically fragile ‘ although her lifestyle belies this. Evidently she is one of an estimated forty eight females in the world with autosomal recessive Hyper IgM.

It would be unethical to list all the people both in the medical profession, and beyond, who have provided us with amazing emotional and medical support over the years. This is an opportunity to acknowledge you all, thank you.